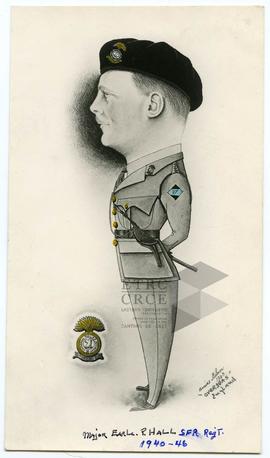 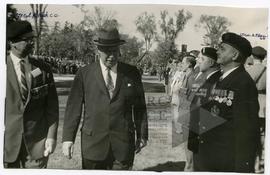 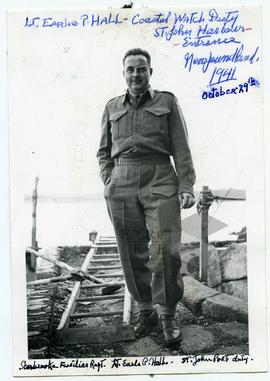 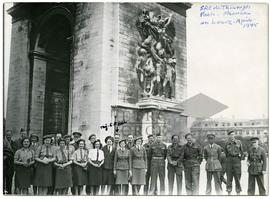 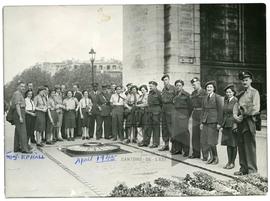 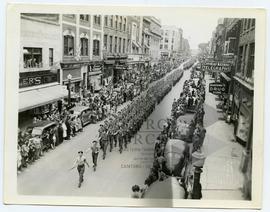 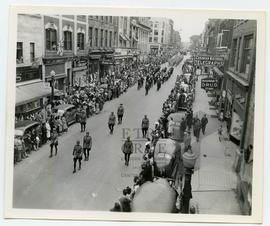 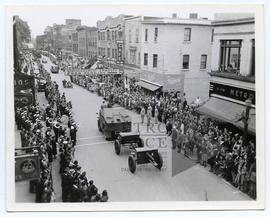 Earle Parsons Hall was born the 28 of August 1907 from the union of John S. Hall and Eva Isabel Parsons. He married Josephine Walter Hall the 17 of June 1939. They had a daughter Carole Jo Ann Hall in 1941. He died the 23 of February 1993 and was buried at St. Peter’s cemetery in Sherbrooke with his sister Viola Margareta Hall Beaton.
When his daughter was born he was already Lieutenant in the army. He was Lieutenant-Colonel of the 12th Armored Sherbrooke Regiment from 1954 to 1961. In the same years he was admitted as member of the Order of Canada. In addition to is military career, in the 70’ Hall was a real estate broker. At one point in his life he was involved with de Canadian Red Cross. He was also vice-president of the Eastern Townships Historical Society.

The subseries contains information on the personal; professional and military life of Lt- Col. Earle P. Hall from 1939 to 1967. It consists of photographs; programmes; a cup; and a ribbon.