The file contains information on the 15th/19th King's Royal Hussards in England. It consists of a history. 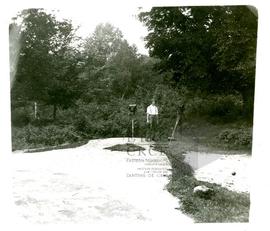 The item is a photograph of an unidentified man standing with two cameras at the meridian timeline in England in 1900. 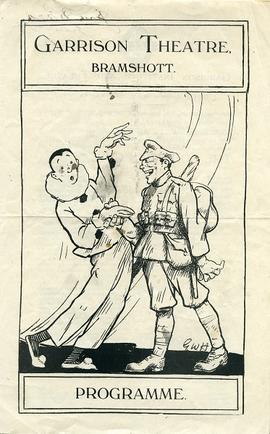 The pamphlet contains a schedule and synopsis of the performances to be made at the Garrison Theatre, in Bramshott, during the week starting Sunday, January 5th, 1919. 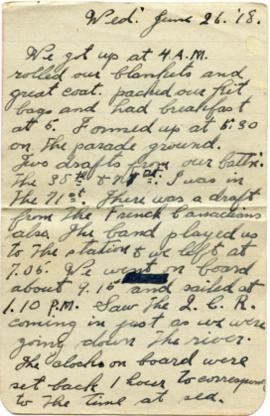 The item is Jim Wark's journal entries shortly following his enlistment in World War I, more specifically during his trans-Atlantic voyage from Quebec to England in 1918.