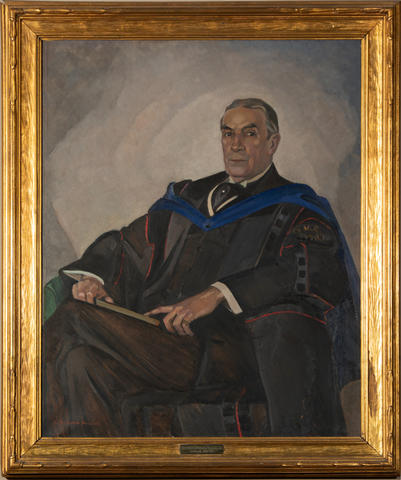 Lilias Torrance was born in Lachine, Quebéc in 1896, the fourth child and only daughter of Alice Mary Stewart Torrance. At sixteen she went to study full time with William Byrmner (1855-1925) at the Art Association of Montréal, where she won a scholarship in Life class in her first year. During the first world war she traveled to London with her mother to help with the Red Cross war effort. During this time she also attended art classes with Alfred Wolmark (1877-1961). After the war, she remained in London and continued to study with Wolmark full time for another 6 months. In 1923 she returned to Europe and studied in Paris with Alexandre Jacovleff (1887-1938) . She was extremely well known for her extraordinary draftsmanship, skill with colour and ability to capture the personality of her clients. She died in Cowansville, Québec in 1980.