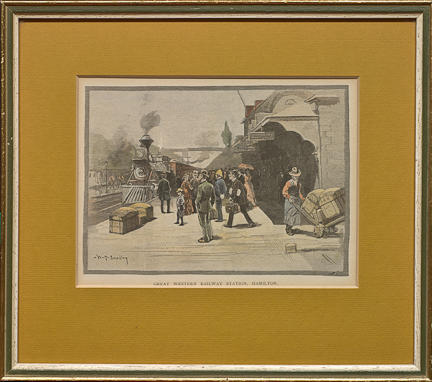 William Thomas Smedley was born in Pennsylvania in 1858. He was known as one of the most popular American illustrators of the nineteenth century. His father, a miller and Quaker minister, sent fifteen-year-old William to work for the Daily Local News in Westchester, Pennsylvania. The editor of the paper encouraged his young ​“printer’s devil” to move to Philadelphia to study with Thomas Eakins at the Pennsylvania Academy of the Fine Arts. In the early 1880s, Smedley moved to New York, where his illustrations began appearing in popular magazines. He went to Australia in the mid-1880s to work on a commission for Scribner’s Magazine, and took advantage of his time abroad to travel to India and work in Paris for a time. Smedley returned to New York, where his illustrations sold for top prices, but in the early twentieth century he decided to focus on portraiture. He died in 1920.