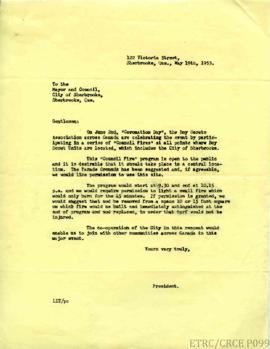 Item is letter from the Sherbrooke District Council Boy Scouts leadership requesting the Sherbrooke City Council for permission to host a "Council Fire" as part of their Queen Elizabeth II's Coronation Day celebrations. 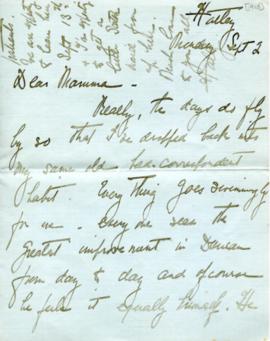 The item is a letter from Hally C. (née Brown) Brent to her mother-in-law, Frances R. (née Kenner) Brent where she writes about a child's birthday party, her son's recent sickness and convalescence, friends, and food. 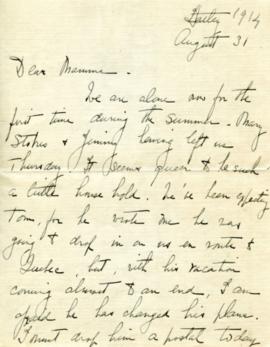 The item is a letter from Harried (aka Hally) Carrington (née Brown) Brent to her mother-in-law, Frances R. (née Kenner) Brent, written on 31 August 1914 from North Hatley. In the letter, Hally recounts a child's birthday party and comments on the war. 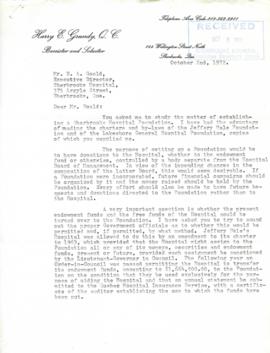 The item is a letter from Harry Grundy (lawyer) to E.A. Gould regarding the feasibility and need for a foundation for the Sherbrooke Hospital, dated 2 October 1972. 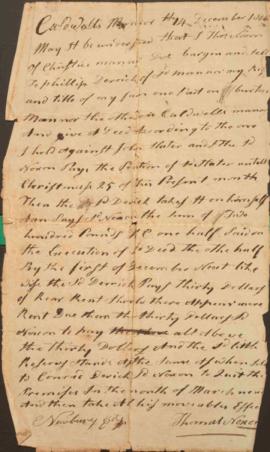 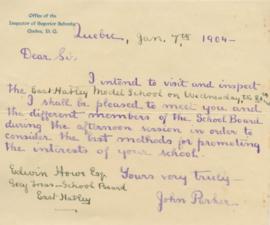 Item is a mimeographed letter from the Office of the Inspector of Superior Schools in Quebec City, John Parker, to Edwin Howe Esq. dated 7 January 1904, informing the East Hatley School Board of an upcoming visit on Wednesday, 20 January, 1904. 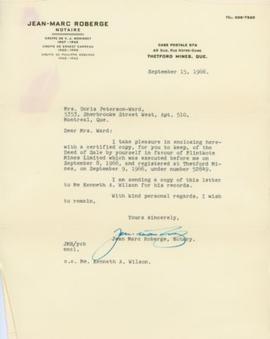 Item is a letter from Jean Marc Roberge (notary) in Thetford Mines to Doris Peterson-Ward in Montreal, dated September 15, 1966. The letter was enclosed with a copy of a Deed of Sale in favor of Flintkote Mines Limited (Thetford Mines). 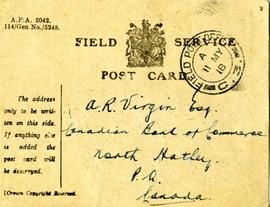 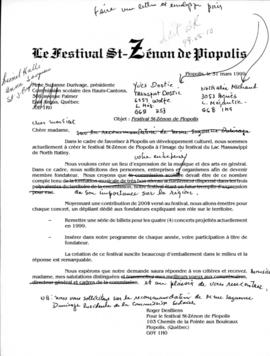 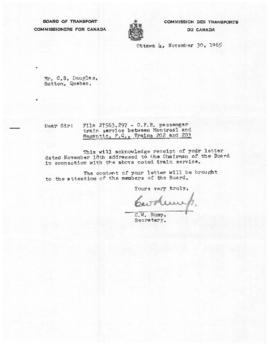 Letter from Board of Transport to C.S. Douglas

Item is a letter dated 30 November 1965 from C.W. Rump, Secretary for the Board of Transport Commissioners for Canada, to Mr. C.S. Douglas of Sutton, acknowledging the receipt of a letter regarding the termination of passenger train services. 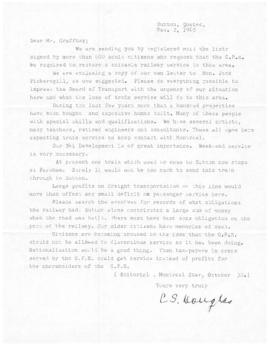 Item is a letter dated 2 November 1965 to Mr. Heward Grafftey, Member of Parliament for Brome-Missisquoi, from C.S. Douglas of Sutton, arguing that the C.P.R. had obligations to the taxpayers of rural areas which contributed to the building of the railways to sustain railway service to those areas. 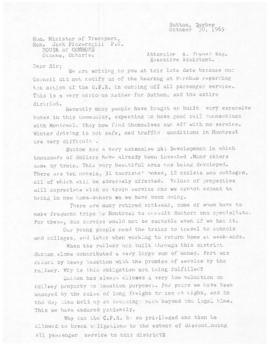 Letter to Ministry of Transport

Item is a letter to the Ministry of Transport dated October 30 1965 protesting the termination of passenger train service by the C.P.R. on behalf of the people of Sutton, QC. 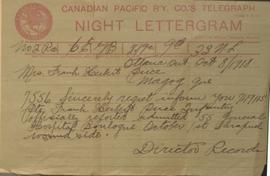