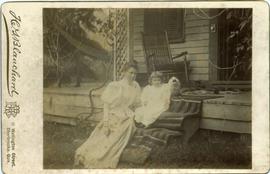 Item is a photograph of Minnie H. Bowen and Rose Bowen (aged ca. 18 months) on the verandah of Hallowell Cottage in Sherbrooke in 1894. 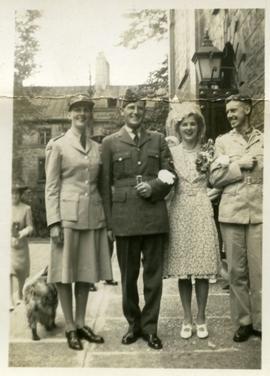 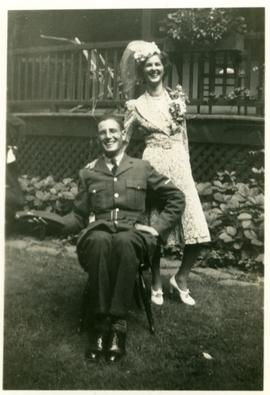 The item is a photograph of Jack Carr and Barbara Eardley-Wilmot on the day of their marriage, 1 August 1942. 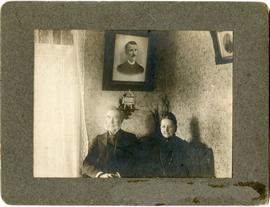 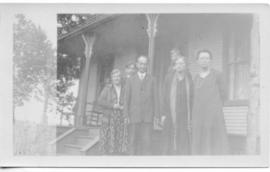 Photo of Boright family members, taken in front of Percy Boright's home in Waterloo. Left is Mr. and Mrs. Percy Boright; their sons Ralph and Robert are behind them. Miss Emma Boright and Mrs. Eunice Boright Bridge are beside them. 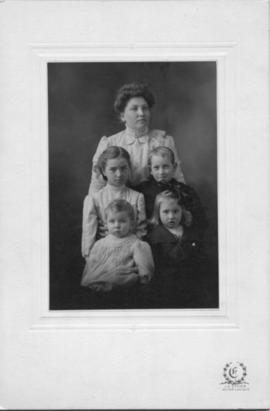 Portrait of Mrs. Percy Boright and her children: Irene, Charles, Ralph and Alice. 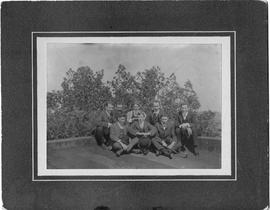 Portrait of young men with Percy Boright (second from right, back row). 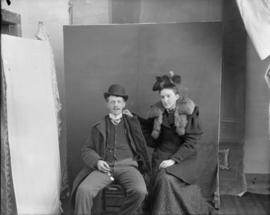 Man and Woman posing for Portrait

Glass negative of a man and woman posing for a portrait. The background board for the portrait is shown as well as the curtains. The couple are both wearing hats and coats. 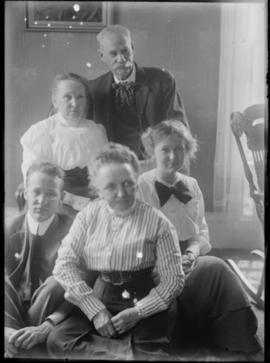 Glass negative of the Wood-Williams family: John Williams on top, Elizabeth Wood Williams at left on a chair, an unidentified boy with glasses, Bessie Williams and Helen Wood sitting on the floor. 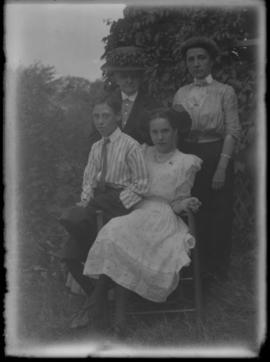 Glass negative portrait of two women standing in back, a girl sitting on a chair and a boy leaning against the arm of the chair. They are outside next to a lattice. 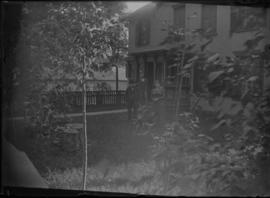 View of House with Family and Dog standing Outside 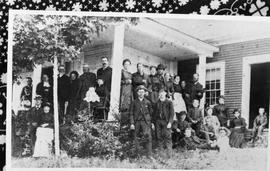 Item is a photograph of the Wright family portrait, taken in front of their farm house. 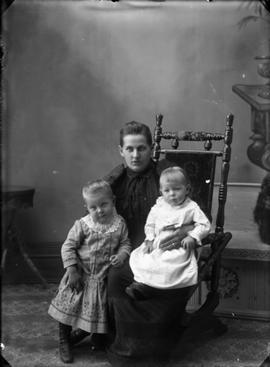 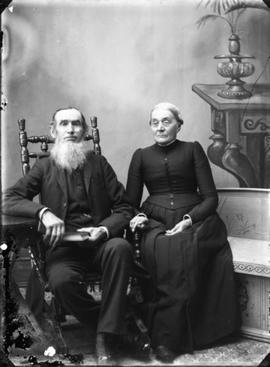 Studio portrait of an elderly couple 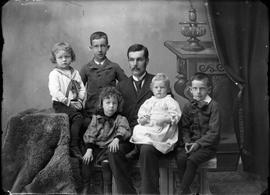 Studio portrait of a family 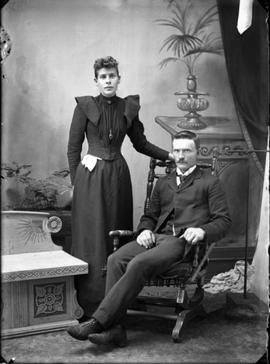 Studio portrait of a young couple 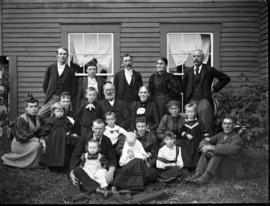 Portrait of an extended family outside of a house 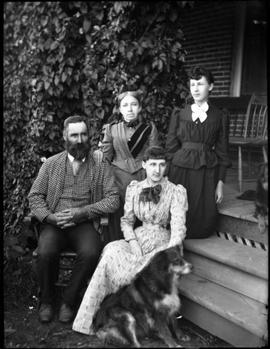 A man, 3 women and a dog sitting on a stoop 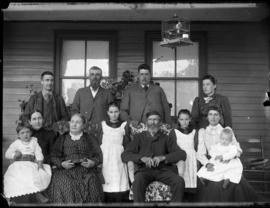 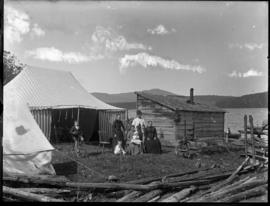 Family at a lakeside encampment 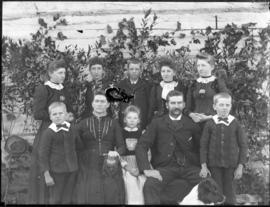 man, woman, and 8 children and adolescents

The sub-series contains primary and secondary source information on the life of Conrade/Conrad Derick in Noyan, Quebec from 1795 to about the 1980s. It consists of land transactions, business and personal correspondence, military and professional appointments, receipts, and biographical history notes.

The sub-series contains primary source information on Gertrude (nee Coolidge) Derick from 1891 to 1907. It consists of two letters written by Gertrude to Morris C. Derick regarding her condolences on the death of his wife, Lizzie, and on family news.

The sub-series contains primary source information on the education, professional, and personal life of Mabel E. Derick in Brookline, Massachusetts from 1907 to 1912. It consists of letters written by Mabel to her father, Morris C. Derick with details on her studies, work prospects, personal life, and various family details. It also contains a letter written in shorthand.

The file contains primary source information on the life of Carrie Ella Beerwort in Burlington from 1894 to 1923. It consists of letters written by Carrie to her brother-in-law, Morris C. Derick (a.k.a. Mott), regarding her employment as a nanny and family news from 1894 to 1895 and a copy of the last will and testament of Mabel D. Bangs from 1923. 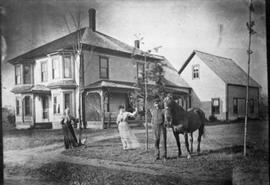 Item is a photograph of a farm family outside their home in Coaticook, with a young man in uniform with a horse.

The item is part two of an interview with Eddy Echenberg on the subject of life in the Townships during World War II (WWII) from 1979. 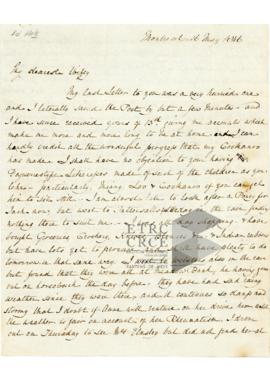 The item contains information on Edward Hale’s personal life. It is a letter adressed to his wife. 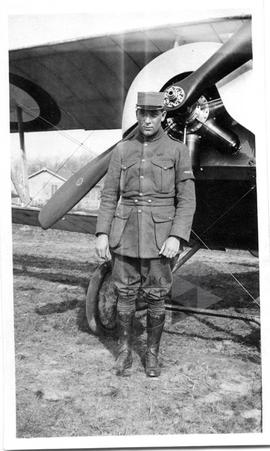 The item contains information on Frank Grundy’s personal life. It is a photograph from James McConnell. 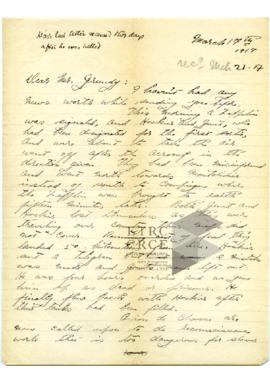 The item contains information on Frank Grundy’s personal life. It is a letter from James McConnell.