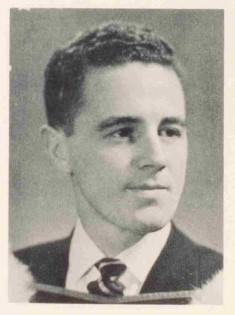 J.R. Stokes received a B.A. from Bishop’s University in 1958. Originally from St-Catherines, Ontario he chose Bishop's University on the strong recommendation of his friend Don West ’55. At that time there were fewer than 400 students at Bishop's, with approximately 40 in Divinity. After graduation, Stokes received a Master’s in Theology at the University of Western Ontario.He worked for the Diocese of Niagara and later the Diocese of Ottawa. An avid traveller, he was the head of theology in the Diocese of Lesotho in Southern Africa for 2 years. The J.R. Stokes Prize in Economics was established in 2007. J.Raymond Stokes passed away June 11, 2017.

Academic gown having belonged to J. Ray Stokes, Class of 1958