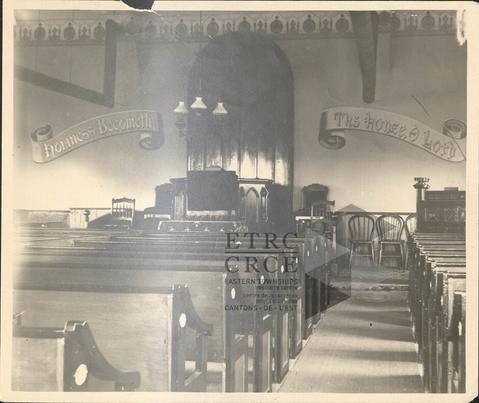 The fonds contains source material on the Church management and its members for the Knox Presbyterian Church in Flodden from 1893 to the 1940s. It consists of a communion roll, minutes, a deed and a photograph. The fonds is comprised of the following series: Session (1917-1928), Board of Managers (1893-1909) and Photographs ([194-?]).

The classification of the fonds is based on the file classification plan established by Sylvie Côté, ETRC Archivist, for local Presbyterian Church records. Individual churches do not all have records falling in each of the system's prearranged series, subseries, and files. This fonds is an example, as it comprises only three series out of a possible nine.

The photograph, showing the interior of Knox Presbyterian from around 1910, is available in digital format.