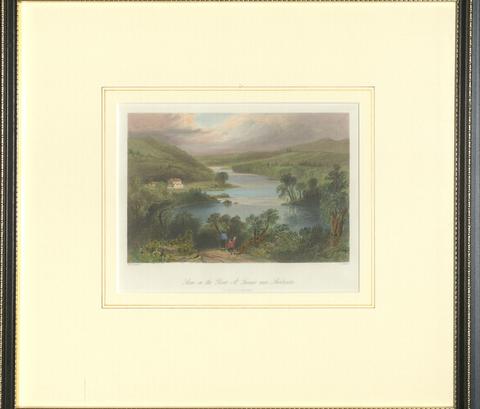 Scene on the River St. Francis near Sherbrooke

William Henry Bartlett was born in London, England in 1809. He was a topographical painter and between 1821 and 1828 he served an apprenticeship to architect John Britton. Between 1836 and 1852 he made four trips to Canada and the United States. The drawings of Canada made on these trips were published in conjunction with N.P. Willis under the title Canadian Scenery Illustrated, London, 1842. They are a major contribution to Canada's Pictorial History. He died at sea, between Malta and Marseilles in 1854.