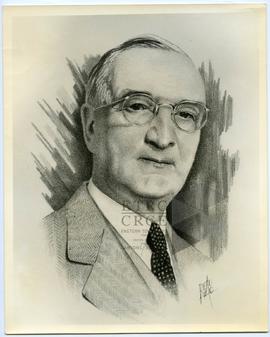 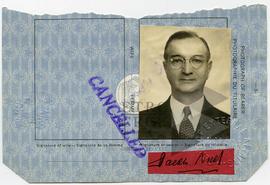 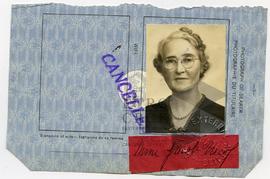 Jacob Nicol was born the 25 of April 1876 in Roxton Pond from the union between Philip Nicol and Sophie Cloutier. He studied at l’Institut Feller in St. Blaise, McMaster University and University Laval in Quebec. He did his clerkship with Henry Thomas Duffy and Louis-Alexandre Taschereau. In August 1909 he married Emilie Couture (1880- August 6, 1965). He died the 23 of September 1958.
He was appointed to the Quebec Bar 8 July 1904. He was a lawyer until 1935 working with Wilfrid Lazure and Silfrid Couture, brother of Emilie Couture. From 1906 to 1921 he was Crown Counsel for St. François district. He was King’s Counsel in 1912.
In addition to being a lawyer, Senator Nicol was an entrepreneur. In 1910, he founded the newspaper La Tribune of Sherbrooke which he owned until 1955. He was also the owner of the newspaper: Le Soleil de Québec from 1927 to 1948; L’Événement in 1936; L’Événement-Journal from 1938 to 1948; Le Nouvelliste de Trois-Rivière until 1951. He was the owner of radio stations CHLN de Trois-Rivière and CHLT de Sherbrooke. He was also the director of the companies Sherbrooke Trust and Trust General of Canada. He was the president of insurances companies: Stanstead and Sherbrooke Insurance; Missiquoi and Rouville Mutual Fire Insurance; Sterling Insurance Company of Canada. He was director of Wellington Fire Insurance. Finally, he was the director and vice-president of the National Bank of Canada from 1945 to 1955.
Another part of his career was in politic. From 1921 to 1923 he was deputy of Richmond. From the 23 of November 1921 to the 30 of April 1924 he was Minister of Municipal Affairs of Quebec in the Taschereau cabinet. From the 23 of November 1921 to the 12 of September 1929 he was Treasurer of Quebec in the Taschereau cabinet. From 1923 to 1927 he was deputy of Compton, Quebec. From the 16 of September 1929 to his death he was Legislative Councillor of Bedford. From the 25 of November 1930 to the 25 of July 1934 he was speaker of the Legislative Council. In 1934 he was the chief organizer of the Quebec Liberal Party. From the 14 of July 1944 to his death he was Senator of Bedford.
Finally, in November 1947 Count Jean de Hateclocque, Ambassador of France to Canada presented Senator Nicol with the decoration of the Knights of the Legion of Honour. He also received the Foreign Affairs Medal and affiliation to l’Ordre Latin in 1940.

The subseries contains information on the personal and professional life of Senator Jacob Nicol from 1891 to 1958. It consists of notes; correspondences; the passport of his wife; Emilie Nicol nee Couture; and a reproduction of a drawing by Pierre Beullac. Also included in correspondence: telegram from Prime Minister Louis St-Laurent wishing him a happy birthday. Also included in notes: manuscript note of his acceptance speech when receiving the Legion d'Honneur.