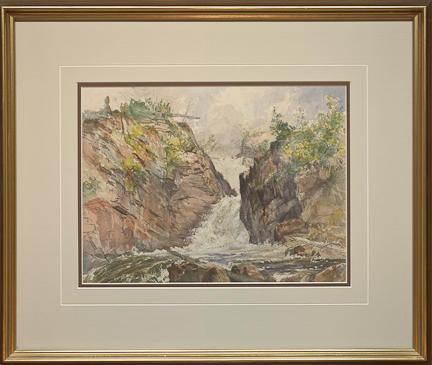 Allan Aaron Edson was a landscape painter who was born December 18, 1846 on a farm near Stanbridge East, Québec. He moved to the city around 1855, when his parents assumed management of the America House Hotel. In September 1857, Edson enrolled in the new Stanbridge Academy where he took his first drawing courses. His years at Stanbridge were spent mostly around the Pike River which was often the subject of his professional paintings, such as The Pike River Near Stanbridge, c. 1864, at the National Gallery of Canada. He died in Sutton in 1888 and was buried in Mount Royal Cemetery in Montréal.