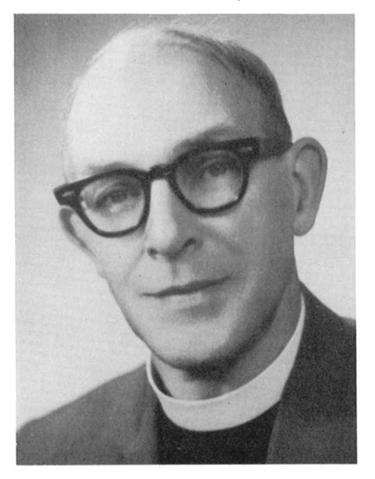 Sidney Jellicoe was Professor and Dean of Divinity at Bishop's University from 1952 until his death in 1973. He was the last of a long line of internationally-known Deans of Divinity at Bishop's, as a leading Septuagint scholar of this generation (the Septuagint being the Greek version of the Hebrew Scriptures used by Jews dispersed in the ancient world since pre-Christian times ). "His book, The Septuagint and Modern Study, published by Oxford's prestigious Clarendon Press, is now a standard text set beside Swete's Introduction to the Old Testament in Greek, and Ottley's Handbook to the Septuagint. Its publication in 1968 led to Dean Jellicoe's appointment as Grinfield Lecturer at Oxford for two successive two-year terms. Wherever Septuagint studies continue, his name will be forever remembered. "The Dean" was indeed a Scholar among scholars." (Bishop's University Alumni Magazine, Winter 1974).

Manuscripts, drafts, lecture notes and associated materials related to scholarly research on the Septuagint by Professor Sidney Jellicoe. The fonds also includes lecture notes, bibliographical research notes, offprints, and early/founding records of the International Organization for Septuagint and Cognate Studies (IOSCS). The IOSCS is a nonprofit, learned society formed to promote international research in and study of the Septuagint and related texts.