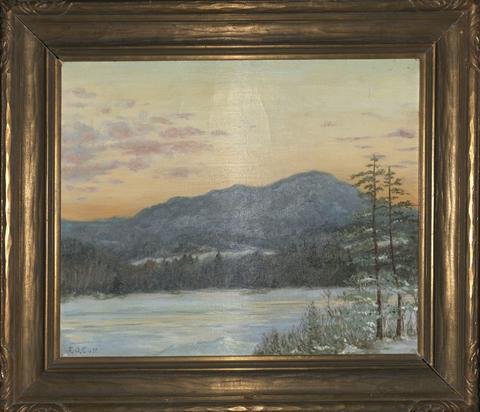 Frank Oliver Call, poet, travel, writer, self taught artist and professor, was born in West Brome, Québec in 1878. A life-long academic, Call received his BA (first class honours in French and English) (1905) and his MA (1908) from Bishop’s University. He later attended the universities of Paris and Marburg, earning his DC L (Doctor of Civil Law), and conducting his post-graduate studies at McGill University. From 1908 until his retirement, Call served as a professor of modern languages at McGill and Bishop’s University. Frank Call won the Québec Literary Competition Award in 1924 for his sonnet collection "Blue Homespun". He served as president of the Eastern Townships Art Association (1942-43) and was a member of the advisory council on awards for Canadian Poetry Magazine (1936-45), the Canadian Authors Association and Pen Club.
Professor Call died at Knowlton, Québec in 1956.