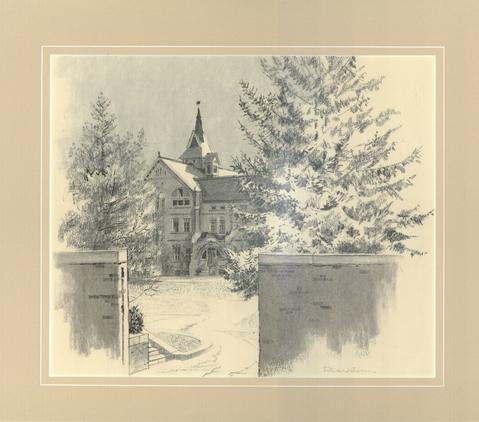 Richard Dinnis Wilson was born in Montréal in 1920. He has traveled across Canada and to most parts of the world, sketching architecture. He is known best for his sketches of Old Montréal, which were published in 1964 in the book called "The Living Past of Montréal", with text by Eric McLean. In the early 1970’s, he visited Bishop’s University, and using the dry-brush illustration technique, he captured fourteen familiar views of Bishop's Campus and Community landmarks. He died in 1994.