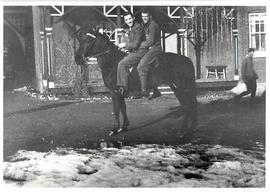 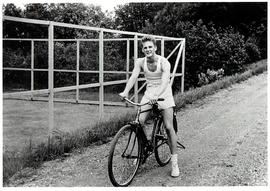 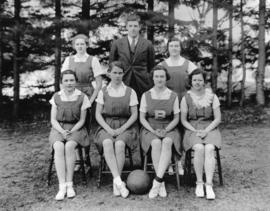 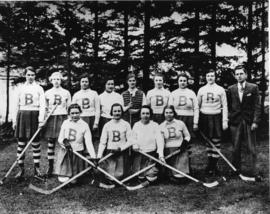 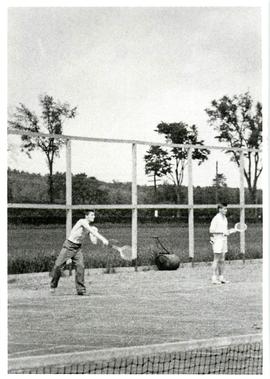 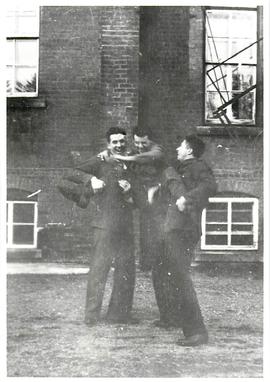 W.H. Baskerville graduated from Bishop's University in 1939. He was born in Ottawa, November 7, 1914 and was known affectionately by his boyhood nickname "Count". He did not marry and outlived all his family members. His gentle, thoughtful disposition earned him a host of friends, many of whom he also outlived. As a little boy, Bill's family lived in Ottawa's Sandy Hill neighbourhood, where one of his friends was Prime Minister William Lyon Mackenzie King who lived nearby and frequently walked his dog past Bill's house. It was said that "the two Bills" walked together frequently. Bill the "Count", attended Ashbury College in Ottawa, then Bishop's University in Lennoxville, QC, graduating in 1939. He was working as a graduate student at McGill University when World War II broke out. He immediately tried to enlist at each of the Canadian Armed Forces but was unsuccessful due to poor vision. Two years later, however, he was finally accepted by Britain's Royal Air Force to serve in the newly formed Ferry Command at Dorval, QC. Thereafter, service with the RAF took him to Labrador, Greenland, North Carolina, Bermuda, Morocco and Hawaii where he ran various RAF support facilities. Upon discharge at war's end, he worked for several aircraft-related businesses in Montreal, ending up with Aero engine builder Pratt & Whitney. He retired as Senior Benefits Specialist in 1977. He returned to Ottawa where his older brother Patrick lived. After his brother's death in 1986, he lived on his own and spent many happy winters in the West Indies. Later he moved to Blackburn Lodge in Ottawa where he made new friends. In August 2013 he entered The Perley Rideau Veterans Health Centre in Ottawa. He died December 20, 2017 at the age of 103, and is buried at Notre-Dame of Ottawa Cemetery.

Photographs have been digitized.